Our story began in 1930, when Mr Oscar Benson and Colonel ‘Bertie’ Dickson acquired a small confectionery business at the unassuming address of 184 Church Street, in Kensington, London. 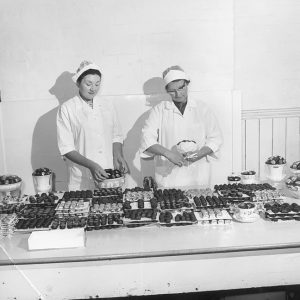 This was where, in 1931, Lucia Benson, our founder’s sister-in-law created a remarkable new mint chocolate recipe.

Together they became almost too delicious. We named it the Bittermint, now our most famous mint, and a phenomenon from the start.

By 1933, Bendicks was developing an enviable reputation for quality and a new store was opened in the heart of London’s exclusive Mayfair. The rich, the beautiful and the fashionable flocked to our doors.

Our unrivalled reputation for excellence was recognized when we were awarded a Royal Warrant by Her Majesty the Queen in 1962. A prestigious stamp of quality that has adorned every one of our beautifully distinctive chocolate boxes ever since.

Today we still pay the same attention to detail at our factory as we did when our chocolates were made in a tiny basement beneath our shop in Kensington.

This means that we continue to delight the most discerning of customers.

From sourcing the finest quality ingredients, through to supporting a number of charities, Bendicks strives to make a difference. 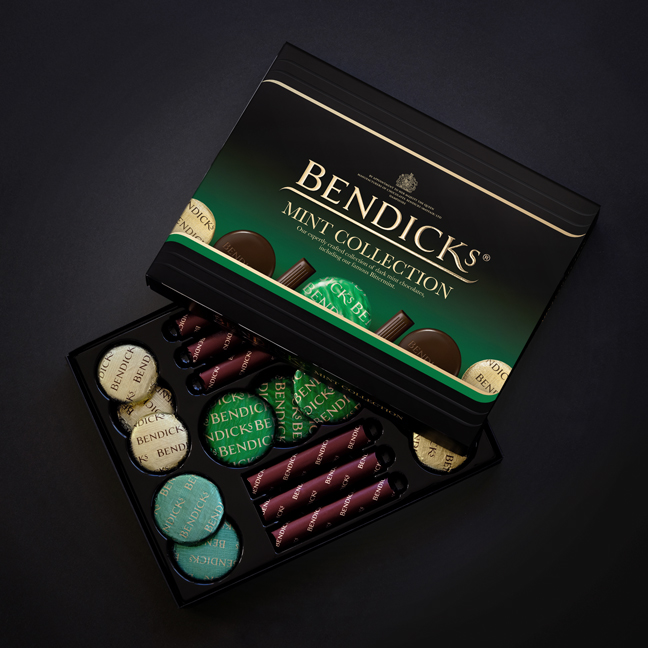 If you would like to experience the wonderfully intense, dark mint  chocolates that are uniquely Bendicks. Our range of high-quality chocolates are available at a selection of national retailers, as well as online.

Our original and most famous mint.
Still made to the original recipe from 1931.
An intense mint fondant covered in thick 95% dark chocolate, a unique combination of contrasting premium ingredients.

An assortment of our finest
dark mint chocolates. This selection of quality mint chocolates makes a perfect gift, or a luxurious finishing touch to any meal or special occasion. 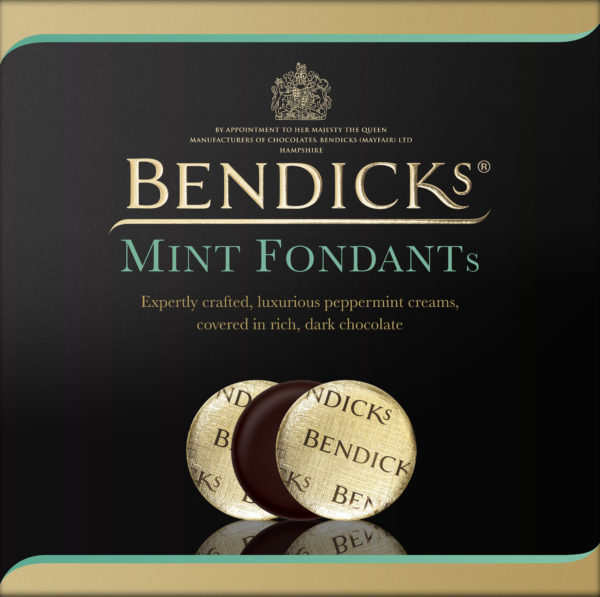 A deliciously soft peppermint fondant thickly covered with the smoothest of dark chocolate, to create the ultimate Mint indulgence.